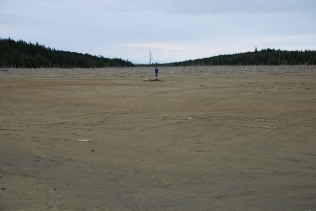 Following on from writing about mining waste as a challenging habitat for plants (see ‘First Arrivals‘), I want to provide you with the means to make sense of the contamination present in the historic metal mining landscape in Southwest England (and by analogy, in similar settings elsewhere). Nearly 700 sites in England are considered contaminated with metals (DEFRA, 2009) and in the northern England alone, 12000 km2 of river catchment soils and sediments are directly affected by historic metal mining, with similar areas in the Cornwall and mid-Wales (EA, 2008). Here, I will try to answer the questions why (is it there ?), how much (of it?) and by placing numerical information into everyday context. .

Why is land contaminated?

Soils are partially derived from the weathering of rocks (see ‘Challenging Soils‘). Where the rocks are naturally enriched in metal-bearing minerals, concentrations of metals and metalloids in overlying soils are also higher than elsewhere. The British Geological Survey (BGS) has published maps of element concentrations in surface soils: the Advanced Soil Geochemistry Atlas of England and Wales shows concentration contour maps of many, including potentially toxic, elements. Without breaching copyright, I cannot show these maps here, but I would recommend that you have a look.

A good example where there are naturally elevated concentrations of metals is the southwest of England, particularly Cornwall and parts of Devon. In this region, contact metamorphism of the existing rock caused by the intrusion of magma several hundred million years ago resulted in the creation of mineral veins, which were heavily exploited for their ores in the 19th century. You can find information on the history and industrial archaeology on the websites of Cornish Mining World Heritage and the Tamar Valley AONB, as well as in a variety of publications on historic mining areas and individual mines. 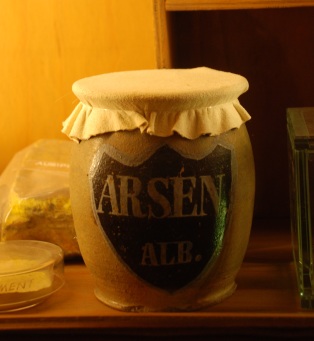 For a more detailed insight, I picked arsenic, partially because it is evocative of some interesting stories, including many poisionings among the aristrocracy from the ancient Greek and Romans to Renaissance Europe and the Vatican. Romanticism aside, it has been used in chemical warfare, cosmetics and medicines, and is licensed still for use in the treatment of certain cancers (Frith, 2013). Unfortunately, its high toxicity is affecting the health and longevity of millions of people in Asia, who are exposed to high levels of arsenic occurring naturally in groundwater (Shwartz, 2010).

Arsenic is not a metal, but a metalloid or semi-metal and is associated with some of the sulfide minerals found in Southwest England, the most common of which is arsenopyrite (FeAsS). In the late 19th and early 20th century, arsenic was mined for production of paints, medical purposes and as pesticide (Hughes et al, 2011). Mines in the Tamar Valley provided half the world’s arsenic and a lot of it was shipped to the cotton fields of southern states in America to kill the boll weevil (Coad, 1920) and other pests. It is not far-fetched to imagine that some of the arsenic you eat in rice grown on the old cotton fields of the southern USA is of Cornish or Devonian origin. Today, arsenic is mainly used in the manufacture of semiconductors, pyrotechnics, specialised glass, pesticides and wood preservatives (RSC).

Legacy mining waste at Devon Great Consol’s mine, where around 70000 t of refined arsenic was produced in the late 19th century. Photo C Braungardt 2012

How much is there?

Let us look at some comparative concentration data for arsenic in soils (all relating to dry weight):

Why is the arsenic concentration at and around mine sites so much higher than natural background values? 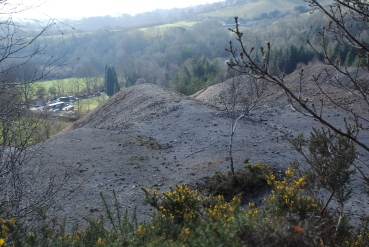 The mining of sulfide minerals involves the removal of large quantities of waste rock that contain no or low amounts of minerals, the recovery and processing of mineral-bearing rocks and the disposal of unwanted, often highly contaminated, materials. One important consequence of mining is the exposure of rocks and ground minerals to air and water, which promotes oxidation and dissolution at higher rates than occurs naturally.
Thanks to environmental legislation, mining companies are now obliged to minimise the spreading of contamination into the wider environment. However, legacy mine sites abandoned before a certain date are not covered by such legislation and many such sites are highly polluted with a variety potentially toxic elements. For example, at some sites in the Tamar Valley, we found arsenic concentrations in historic mine waste piles that can be expressed in percent (1.7-18% or 1700 – 180000 mg/kg arsenic, Rieuwerts et al., 2013).

Typically, these waste piles contain a multitude of contaminants, including arsenic, copper, zinc, chromium, lead, silver, thallium, cadmium, cobalt, antimony….The Advanced Soil Geochemistry Atlas of England and Wales can give you a general impression of concentrations in the country, which can be compared with soil guideline values for some metals by consulting Yara (no date).

But unlike most of this green and pleasant land, mine sites that feature such a toxic concentration of a mixture of elements lay barren for decades. Exposed to the elements, mine waste heaps have the potential to contaminate air, soil and water through aeolian transport of dusts, gravitational transport of particles, fluvial erosion and runoff, as well as leaching by ingress of water. 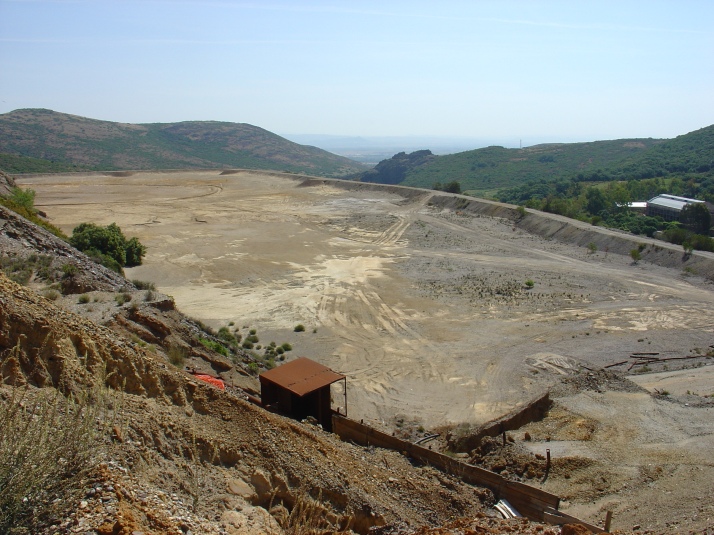 What does this mean for people and the environment?

With regards to building houses and using gardens as children’s play areas and for growing vegetables, many locations in England and Wales would appear to be not suitable for such use without remedial action. But, total concentrations of any element are not a good indicator of toxicity or, for that matter, what organisms can take up and how they process it, and arsenic is no exception. According to human health risk assessments carried out by the British Geological Survey and the Environment Agency (BGS, 2003), less than 20% arsenic is biologically accessible in most soils in the UK.

High arsenic concentrations can affect the health of the whole soil ecosytem, in which bacteria, fungi and invertebrates play important roles. For example, in one study, half of the earthworms exposed to arsenic concentrations of 100 mg/kg in soils died after 10 days, although some of earthworm species living near mine sites can develop tolerance to more than 1000 mg/kg arsenic over time (Schultz & Joutti, 2007).

Plants experience toxic effects at concentrations between 1 and 300 mg/kg arsenic in soils, depending on the species of plant and type of soil. Some plants, however, are particularly tolerant to metal contamination and some even accumulate metals – more about that another time…

And what also interests me is how contamination spreads from mine waste piles and associated contaminated land, where it gets to and how we can prevent this …watch this space!

This (https://cbraungardtdotcom.wordpress.com) is a personal blog and the product of my experience, research, conversations and, quite possibly, occasional mistakes. If you read and use information from this blog, then it's at your own risk. Unless credited with a citation, I only publish my own images and words, so please note that I hold the copyright for all the material and you cannot use it to reprint or publish without my written consent. Now and then, I might change the topic of my musings, edit previous posts, or even change my mind - I consider this a natural consequence of having an open mind.