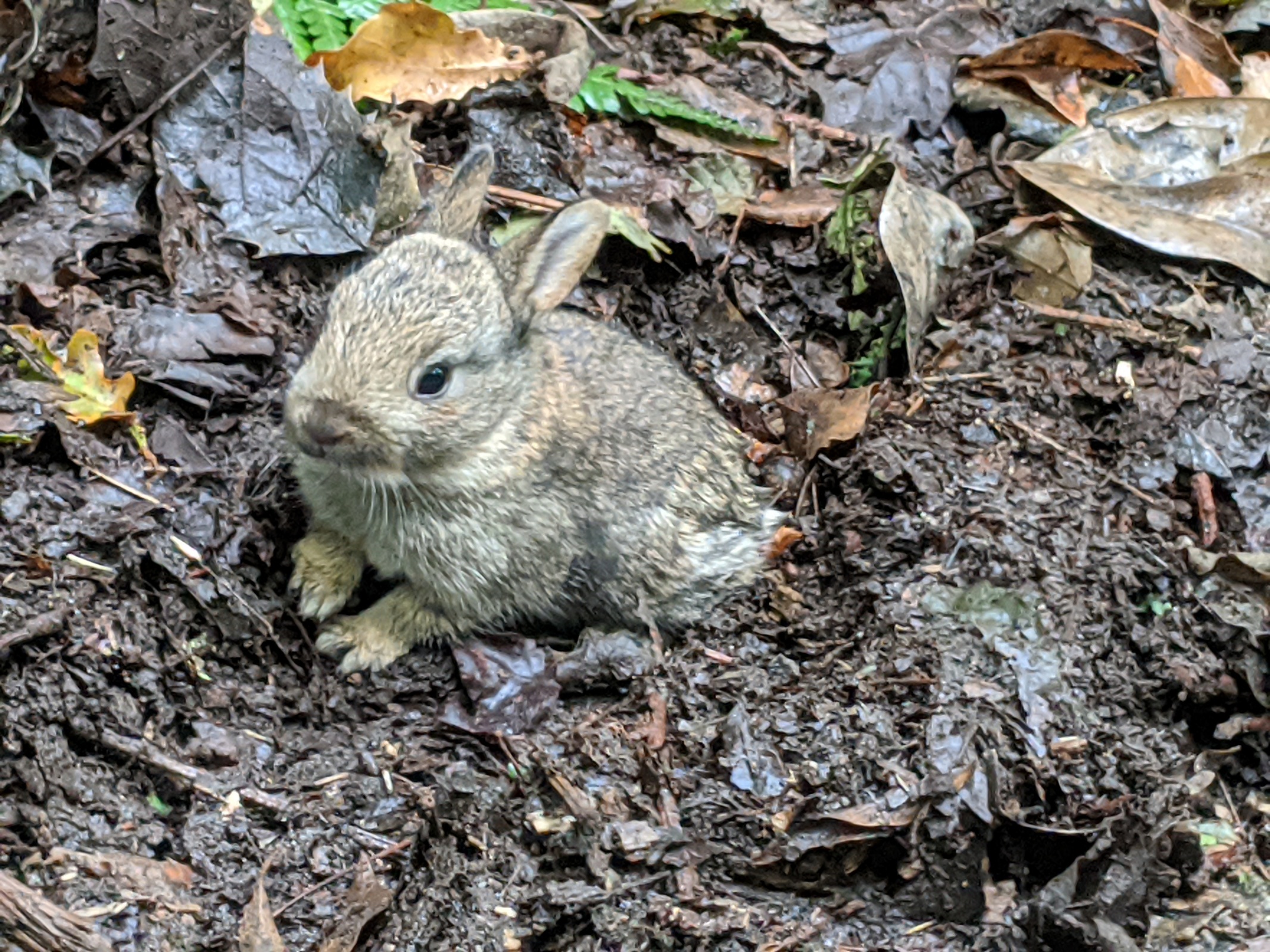 Ahhh! Cute, sweet, innocent and any number of anthropomorphic adjectives generally applied to a bunny rabbit.

What has this little creature in common with Rosebay Willowherb?

That’s right! Both are non-native invasive species in the UK, meaning they are highly successful in multiplying and shifting the natural equilibrium within the ecosystem.

Some have been here for a long(ish) time: rabbits were introduced by the Romans to hunt and eat.

As were pheasants later on.

More recently, marine invasives, such as the slipper limpet, arrive on ship’s hulls and in ballast water.

Grey squirrel in the UK, rats on remote islands, diseases and pests imported with international plant and food trade: the effects are often devastating. They include the demise or eradication of native species and are difficult, if not impossible to revert.

Just think of the plight of the flightless, ground nesting Kiwi!

So, be mindful of biosecurity when traveling and when selecting plants for your garden.