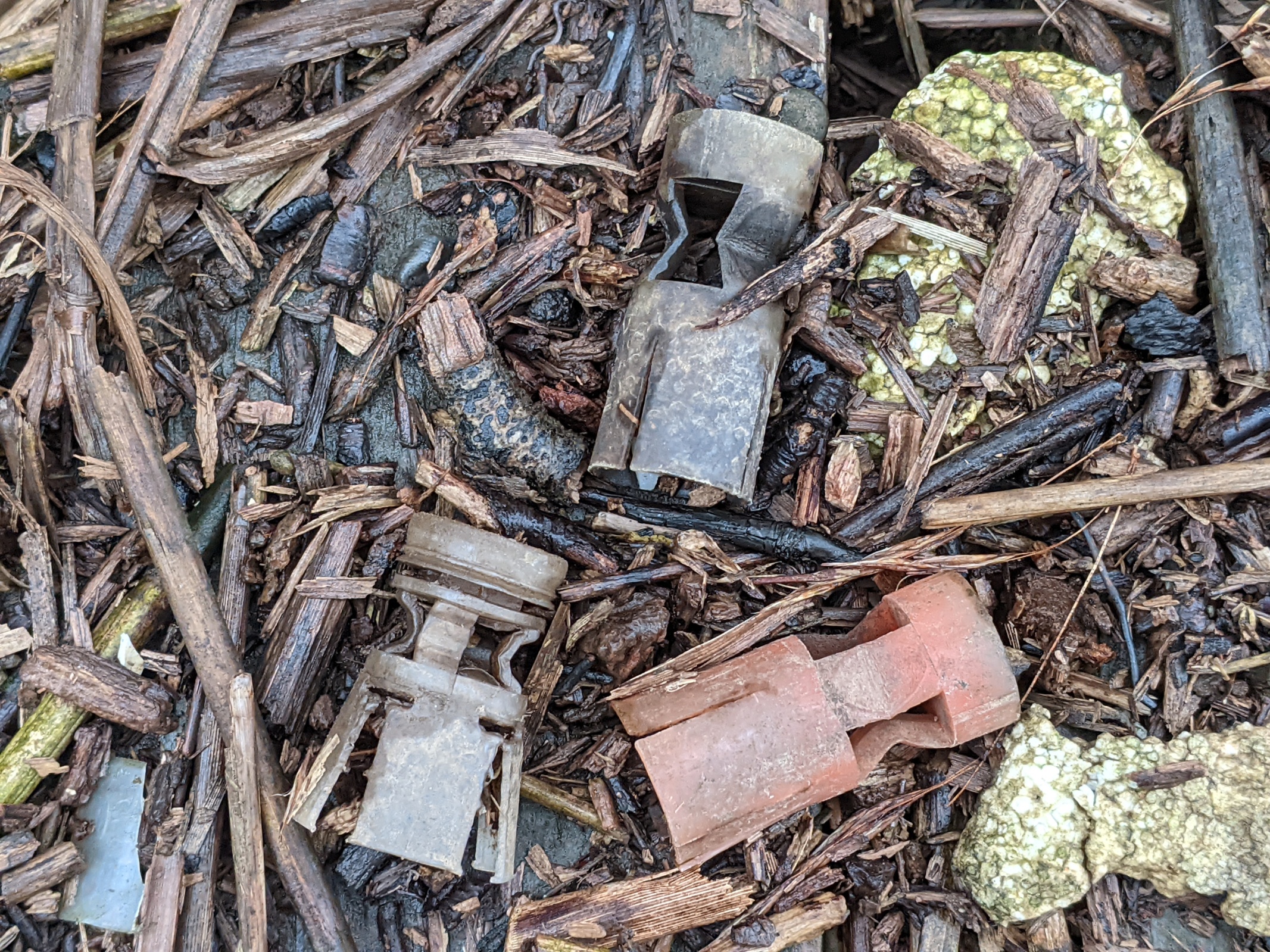 Littering is one of my pet-hates. This reminds me: I’ve said that before, during the first COVID-19 lockdown in the first series of ‘Outdoor Daily’ (now, there is consistency for you…).

The featured image shows a common occurrence in the Tamar Valley, where my daily walks with my dog T’isker take place these days. They are the plastic skeletons of shotgun cartridges and their contents. I find them in fields and along hedgerows, on field margins and in the reed beds of the estuary and the beaches of the Cornish coastline.

Question is: how many of the people using shotguns and other guns in the countryside are actually picking up their spent cartridges?

Between 2008 and 2019, UK sales of cartridges and other ammunition were worth between a stunning £51000000 and an even more stunning £79000000. Wow! I don’t know whether this includes ammunition for the police (I doubt it) or the armed services (I doubt that even more).

Perhaps that calculation is inaccurate, so I’ll try another one:

Either way, we are talking tens of millions of shotgun cartridges fired each year.

How many of the spent cartridges are being picked up? 30 million? 60 million? Most of them?

Either way, there is a mountain of waste generated, including valuable resources for recycling (e.g. metal from the primer)

What happens to those that are left in the landscape? Well, they contain quite a mix of stuff:

The good news: there are shotgun cartridge collectors on the market, so I guess some people pick up after themselves. Perhaps a well organised shoot will lay down some rules and see that they are followed. There is a legislative move from lead shot to using steel, which is less toxic and more inert in the environment and therefore less polluting. And the use of plastic wad is increasingly frowned upon, again something that could be encouraged by rules on well managed shoots.

The bad news: I keep finding these debris in nature…and so do other people: